Uber Eats is one of the most popular and widely used food delivery apps, with 83 million active users. Outside China, it has the highest number of single-app users, and in most of the countries it’s present, it’s either at the #1 or #2 position in terms of users, revenues, and the total number of orders.

In the US, Uber Eats gives fierce competition to other popular food delivery apps such as GrubHub and DoorDash, even as the ranking of the top three food ordering apps fluctuates between these three.

In this blog, we will understand how Uber Eats works, have an idea about its system design and architecture, find out how its fulfillment process works, and decode its amazing speed of execution by getting a sneak peek into its image storage and optimization model.

But first, let’s find out some amazing statistics about this fascinating food delivery app and its history in brief.

After launching Uber in 2009, founders Garrett Camp and Travis Kalanick decided to launch UberFRESH as an experiential food delivery app in Santa Monica, California, based on the original Uber app.

Since the riders were anyways traveling from one destination to another, Uber founders decided to provide them with food delivery orders as well, and there was no separate app for this service initially.

Buoyed by the response, they renamed this app to Uber Eats in 2015 and launched a separate app, dedicated to food delivery service.

With more than 80 million active users, Uber Eats is present across 6 continents, 45 countries, and 6000+ cities. In 2021, it reported revenues of $8.1 billion, which is expected to break the $10 billion revenue threshold in 2022. More than 90,000 restaurants have partnered with this platform.

An interesting fact: although Uber, the parent company, is valued at more than $120 billion, Uber Eats is valued at a much lower scale of $20-30 billion.

But in 2021, the overall revenue generated by Uber Eats was higher than Uber!

Uber Eats is basically a platform that has three aspects:

Customers can select restaurants, and order their food which is delivered by the riders.

It has the following components:

Besides these basic requirements, there are other inherent processes and activities involved for the customers, restaurants, and riders such as:

Fulfillment is the soul of Uber’s system design and architecture. Fulfillment is defined as “act or process of delivering a product or service to a customer.”

Initially, the tech team behind this application adopted the fulfillment model of Uber’s cab-hailing services, which depended on two factors: trip and supply.

At the same time, the languages and platforms became outdated (Node.js and the HTTP/JSON framework were removed from Uber’s core tech stack in 2018), data incoherence, and unclear extensibility patterns.

In order to remove these obstacles, their technical deployed a new fulfillment platform, which basically transitioned the app from NoSQL to NewSQL.

Uber Eats developed an in-house team for deploying and managing MySQL storage, wherein the NewSQL database is being leveraged for transactional primitives.

After deploying this new fulfillment model for processing deliveries, they were able to handle multiple queries seamlessly, ensure zero errors during exceptional handling (orders getting canceled), and 3swiftly and allocation of deliveries to the riders.

You can find more information about the new fulfillment model here.

Uber Eats stores a hundred million+ images, and processes millions of updates, and modifications of images, every hour.

This caused their servers to slow down, and consume more resources which impacted their delivery process and more importantly, their ROI.

To overcome this problem, system architects and engineers deployed a content-addressable caching layer, which seamlessly removes duplicate images, and thus:

How did Uber Eats accomplish this?

First, let’s understand how they process the images:

Uber Eats created a powerful image handler, that introduced the process of deduping images to ensure that one image is only saved once in the database.

For this, the engineers created this flow:

There are three main flows in this image optimization process:

This flow (yellow boxes) returns only those images which are known and processed.

This flow returns those images which are downloaded and processed

Known image but not processed:

This flow goes through those images which are known, but not processed before with the requested specifications.

By deploying this image handler process flow, UberEats has been able to process millions of images without impacting their servers, and delivery process, since less than 1% of the calls need to be processed.

More information about image optimization processes can be found here.

If you wish to develop and launch a food delivery app like Uber Eats and grab a bigger market share while delighting your users with world-class features, our mobile app engineers at Zazz can help you.

Founded in 2009, we are a powerful team of 275+ mobile app designers, developers, programmers, and solution architects, who are passionate about your success.

Schedule a no-obligation consultancy session with us right here. 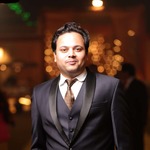 Aman is a core member of the Zazz Digital Media team, where he works as a Business & Tech Marketer. He has a wealth of knowledge about cross-platform mobile apps, IOT platform, and other emerging technologies. In addition to his expertise in the IT services industry, Aman also shared his views on ecommerce and marketing on our portal.

Situated at the heart of Silicon Valley, Sunnyvale has its...

Uber Eats is one of the most popular and widely...

Design tools or UI kits for UI/UX are developing quickly....